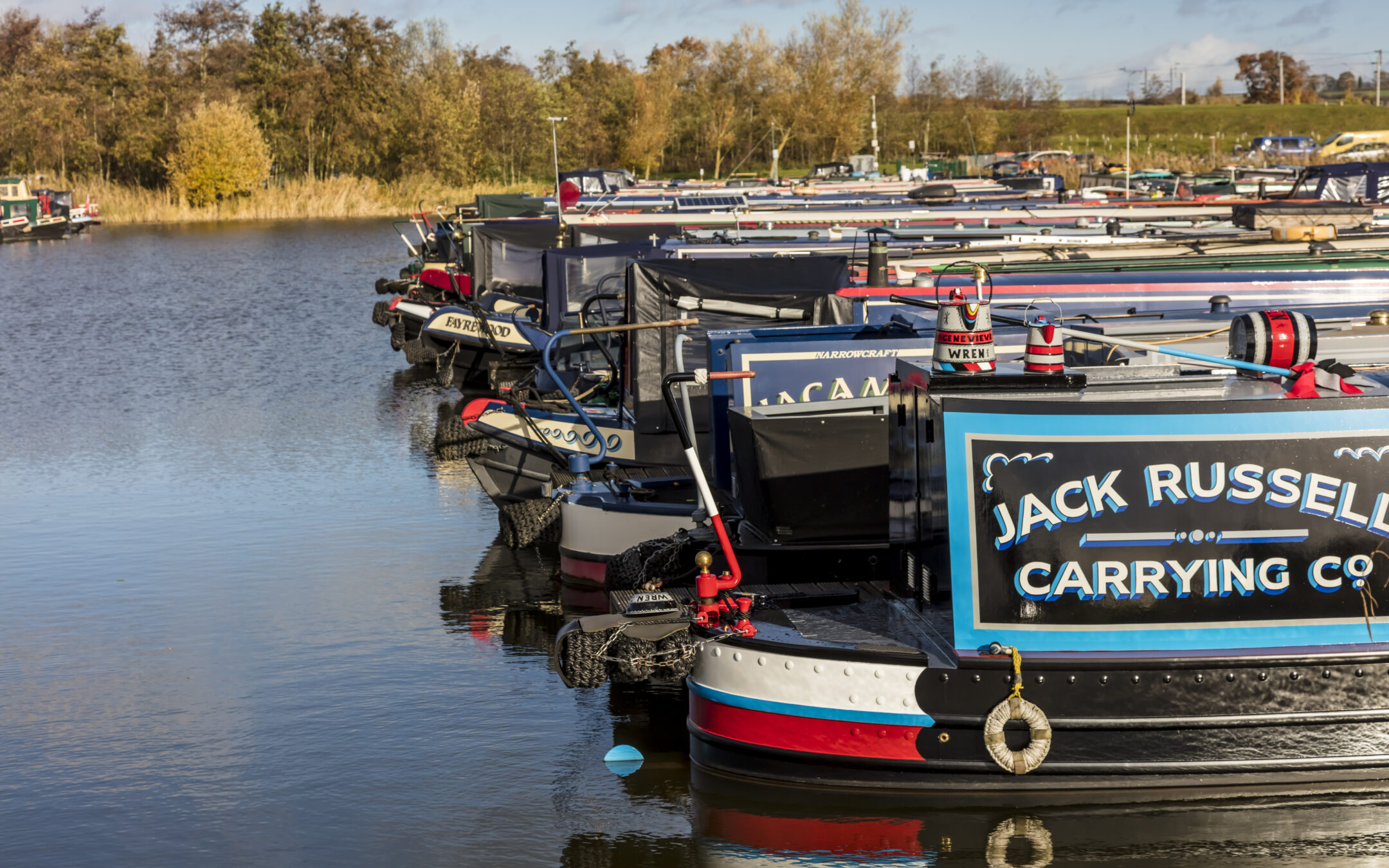 Widebeam vs. Narrowboat; a Summary

We know that buying a boat can be a daunting prospect as there’s so many different aspects to consider! With this in mind we thought we’d do a quick comparison between both Widebeams and Narrowboats just in case you’re at that point of making a decision!

First off is the Narrowboat, varying from 20ft to 70ft and typically about 7ft wide there is plenty of options to choose from. More so than a Widebeam, a Narrowboat gives you the freedom to navigate the UK canal network easily, without as much worry about size. Until you start heading to over 58ft in length, the entire canal network is accessible to your craft. Cruising the canals becomes much easier when you don’t need to worry about overgrown canals or thin tunnels ahead.

We know that if you’re new to the boating scene it can be tempting to go for a much shorter craft but if you’re planning on spending plenty of time aboard this can be a mistake as lack of space can be a big factor in needing to upgrade much sooner than you had planned. We recommend that rather than feeling daunted by worries of manoeuvrability you could instead consider a few lessons on cruising instead!

A big plus for many when considering a Narrowboat is the traditional style and perhaps more homely feel. Coupled with some inventive storage solutions and clever layouts, Narrowboats can have a real wow factor for anyone coming aboard and are often what people dream of when considering a life on the UK’s canal networks.

Negative aspects of the Narrowboat are made obvious by the name itself, while considered compact and cosy by many, if you’re thinking of full time living the much smaller space and greater restrictions to how many can fit aboard can be a real downfall for some. Coupled with the rocking on the water caused by the much slimmer hull a tiny home that once felt comfortable could soon become claustrophobic. So taking your lifestyle into account can often be a great way of helping to decide.

Generally between 10ft and 12ft in width - the first and most obvious pro of a Widebeam is the extra living space! Perfect if you’re considering going full time, many widebeams can have the feel of a small apartment, which means you can have trendy waterside city living at a fraction of the price of a residence on land. With plenty of space for storage and also the possibility of freestanding furniture rather than the built-in style of a narrowboat you have greater freedom to tailor your space to your needs, and mix things up if you fancy a change! If you’re a social butterfly (back in the days when that was a possibility!) you might also appreciate the greater living space and even life with a partner can be much more comfortable when there’s more room to hang out together.

As previously mentioned, stability on the water is also a factor that has to be taken into consideration, with a wider hull the rocking caused by other boats cruising past or someone coming aboard is much less noticeable, something that is very obvious on a Narrowboat.

While the greater size of Widebeam can be slightly more restrictive than a Narrowboat for cruising, especially the more historic canals that have lower bridges and shallower channels, there are still plenty of networks that are suitable. The four main cruising areas are London and the South; East Anglia; the Severn waterways; and the Trent and North.

As with buying a bigger house, a bigger boat means slightly greater maintenance costs when it comes to general upkeep such as blacking. Other costs such as heating a larger space might have to be taken into account too and also the price of mooring your boat creeps up as well. For the extra space you gain however many find it to be an acceptable trade off.

Overall our biggest piece of advice is try before you buy and to hire a boat yourself to give a real insight into whether this way of life is truly for you. It’s even good to try both summer and winter boat living as life afloat during the winter months is admittedly much more of a challenge than summer and it always pays to be prepared!

Are you looking for Christmas inspiration for your narrowboat? Check out our 2021 Christmas decor guide for canal boats!
Meet the People Making London’s Canals Safer